This sign in Holland Park caught my eye and a bit of searching later revealed it to be about Samuel Rogers, a once famous and now forgotten poet. 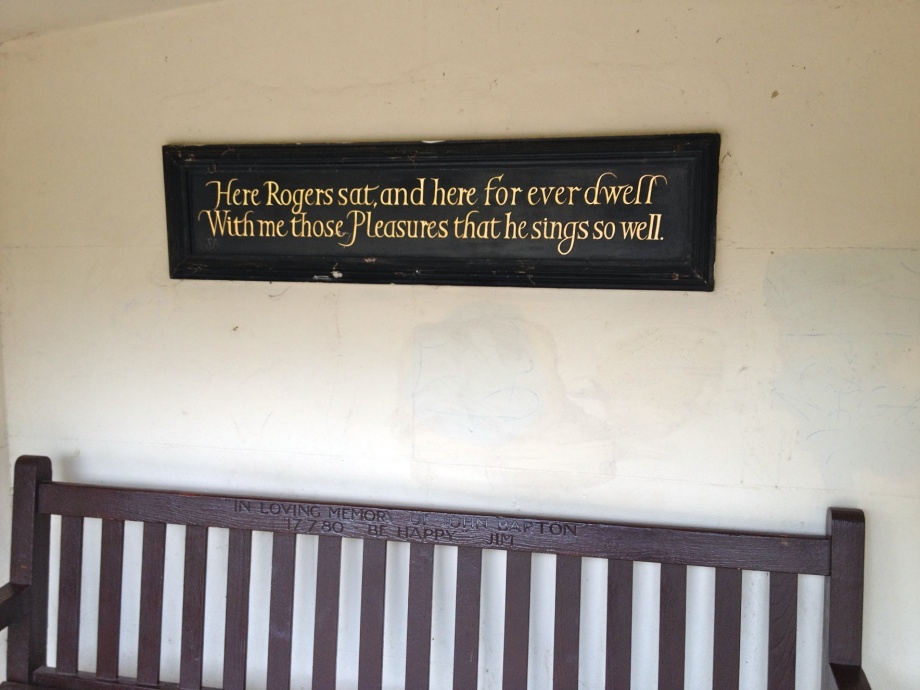 Rogers was one of those figures who loom very large in their time, less for what they have written but for their conversation – Rogers’ was sharp, fluent and witty, by all accounts – and their prodigious abilities as mixers. He moved in the highest circles, both literary and social – the kind of man who knew everybody and was invited everywhere.