This extra-wide photo is made up of three individual photos joined using Hugin, and comes complete with its own matrix-style man-in-the-red-shirt glitch. He looks suspicious.

Part of the Olympic park was inexplicably paved with bouncy coloured bubbles. I enjoyed walking on them. 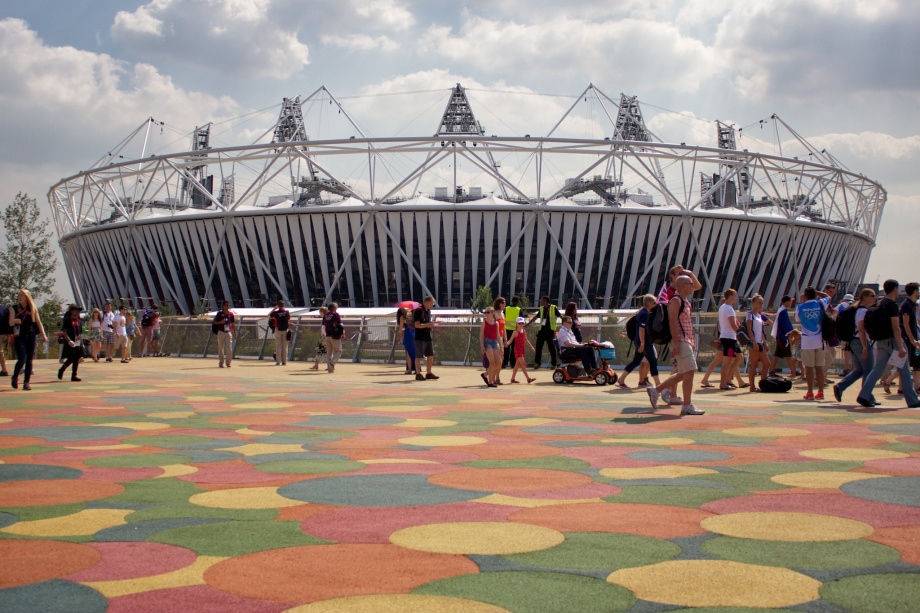 And finally, the stadium and the orbit tower, with canal in front. 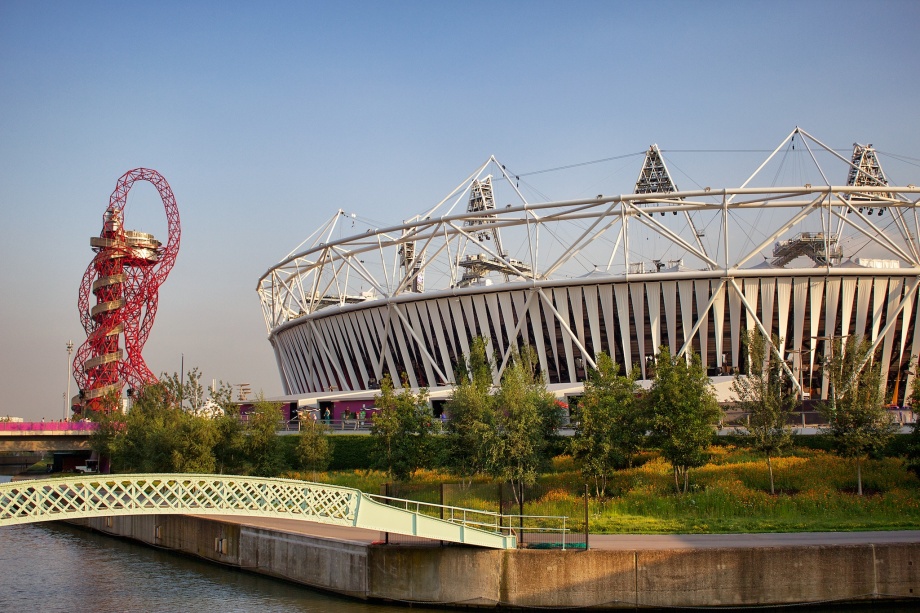