I was lucky enough to get two tickets to see the men’s Triathlon in Hyde Park. This wasn’t in the Olympic stand, but was across the Serpentine in the Lido. It was a great place to watch, and included breakfast – bonus! Around 200,000 people turned up in total (around the whole course) so it was very busy, but thankfully very peaceful in the Lido itself.

Here are the medal winners all nicely lined up – the UK’s Brownlee brothers took gold and bronze, with Spain’s Gómez taking silver. 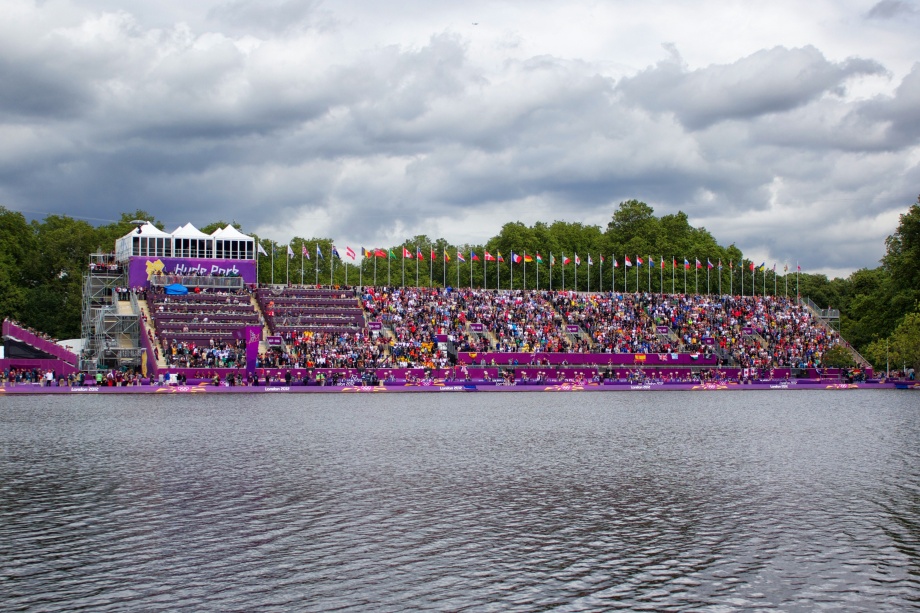 The participants diving in at the start for a 1500m swim around the Serpentine: 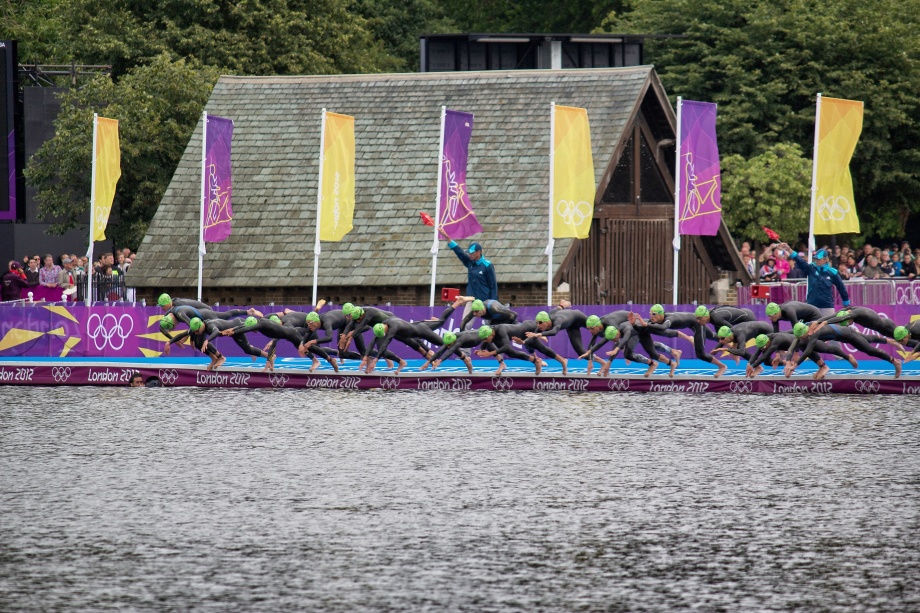 Swapped over onto a 43km bicycle ride.

And finishing with a 10km run around the Serpentine:

And of course, the medal ceremony. One of the winners needed medical attention so the ceremony was delayed, and some of the stand had emptied out, but the reception was nonetheless very loud. 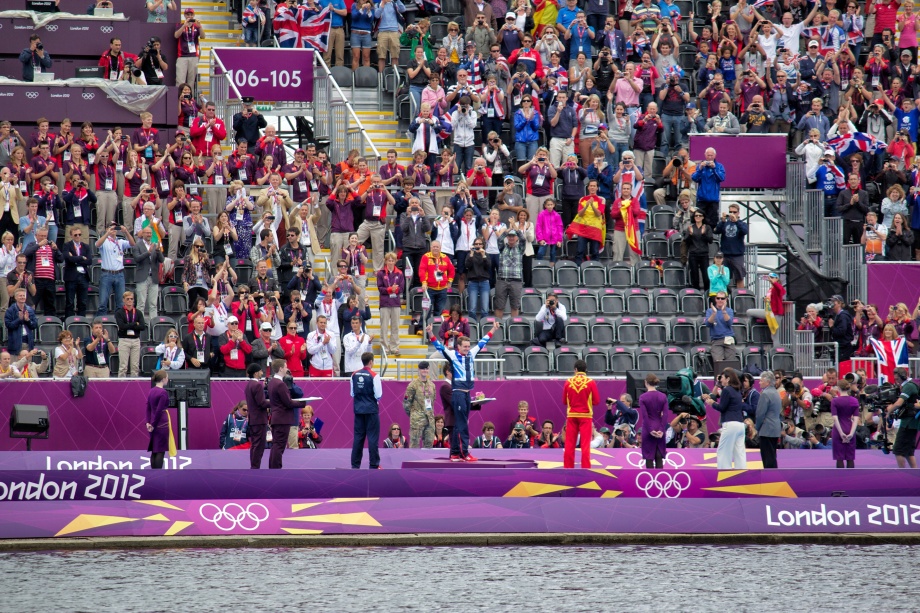 So having never been particularly interested in sporting events I find myself having seen several over the past week, and having witnessed a gold medal event for my own country, at home. Not bad.

London is going to seem very quiet once this is all over.